Ferrari was a prominent horticultural adviser in 17th century Rome. His close relationship with Cassiano dal Pozzo, a well-known scholar very interested in cirtus fruits, led to the creation of this work. It is a four-part work, the first of which features the lore of the citrus fruit. The next three parts contain 80 plates of citrons, lemons, and oranges. Ferrari was very carful about the taxonomy given the fruits which is shown written in the fanciful ribbon surrounding each fruit. The engravings were created by Johann Friedrich Greuter and Cornelis Blowmaert based on the works by several important artists of Rome.

The objective of the work was to illustrate the science, lore, and poetic illustration of the citrus family. It has been called by some a “citrus encyclopedia”.

Be the first to review “Ferrari, Giovanni – 427” Cancel reply 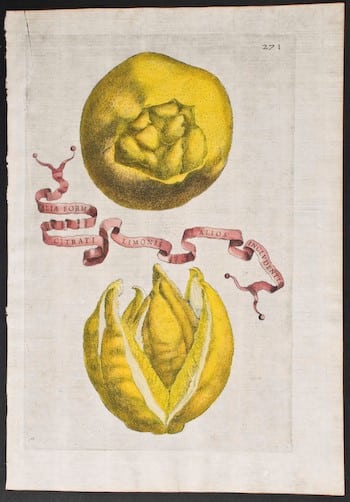 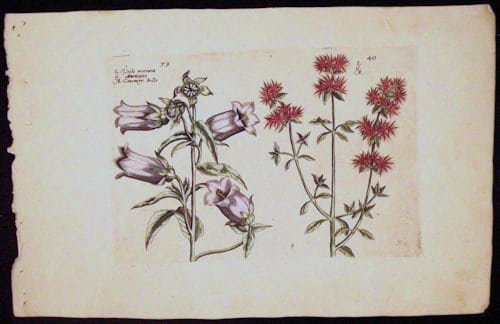 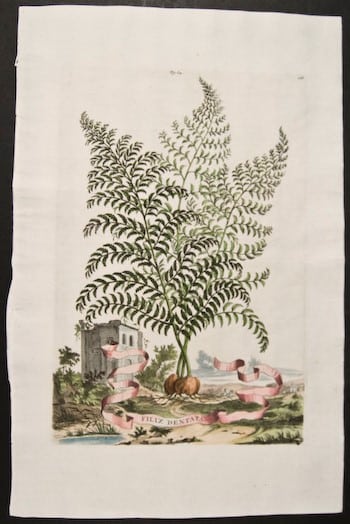 $395.00
We use cookies to ensure that we give you the best experience on our website. If you continue to use this site we will assume that you are happy with it.OKPrivacy Policy